The fruits of skimping on planning 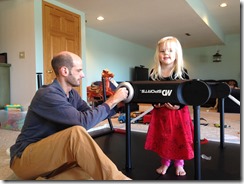 Ethan’s favorite activity at the Thanksgivings get-together was playing table tennis. He’s old enough now that his natural athletic skill allowed him to do reasonably well. I’d been thinking about getting a ping pong table for home, once Ethan was old enough to play with me, and was looking forward to the visit to my parents’ cabin as good test. Ethan “passed”, so I picked up a table from Sam’s Club on the way home.

I knew that the table would be a close fit for the minivan. I knew that it could fit four-foot-wide plywood, so I wasn’t too concerned. Worst case, I figured I’d have to unbox it in the parking lot to make it fit, although I was really hoping not to have to. The box turned out to be about half an inch too big when stuffed in at an angle. I couldn’t load it myself, but I didn’t even need to ask for help from the store because three well-built ladies happened to see me initially attempting to load it and were happy to amuse themselves by helping me. With two of them pushing from behind while I finessed and pulled from within, we wedged it in. I closed down the back hatch to with in a few inches, tied it down, and was off.

Extracting the table was just as fun, and the part Ethan got to enjoy in particular. I cut open the outer box and gave the accessory boxes to the kids to carry into the house. To push the table boards out, I needed Ethan to use his shoulder to force one end of the tables to the upper corner of the van. I removed the seat that Eliana had ridden home in so that I could use push the boards out with my legs. It worked, but it wouldn’t have without Ethan, and he knew it. I think it meant a lot to him knowing that he was contributing in such a significant way.

Table setup was mostly uneventful – only a few minor injuries. Ethan learned that plastic parts have a way of jumping out of their bags and attacking you if open them with too much force. :-) 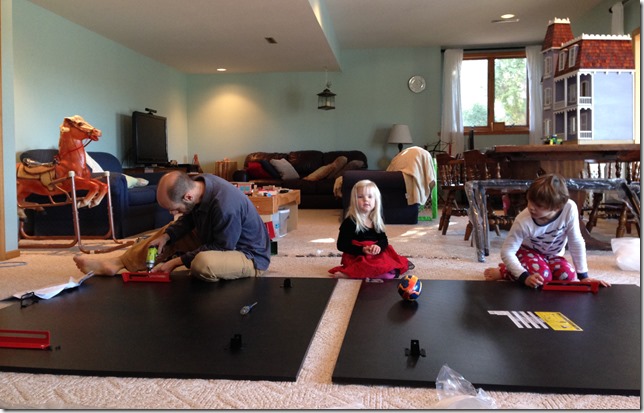 I think it was funny how Eliana wanted to dress fancy for putting up the Christmas tree afterwards, but Ethan was content with pajamas. :-)

Ethan and Eliana woke up early this morning, so I took them over to where they could see Venus, Mars, and Jupiter rising in the east, shining brightly and especially beautifully in the sun’s pre-dawn glow. Ethan then looked over our street and gave me some insight, as he occasionally does, into how he remembers his earlier childhood. He pointed to a couple trees and told me that when he was three years old, he thought that the entire world was the space from our house to those trees. How funny it seemed to him now!