An Eliana first: She identified a brand.

Eliana’s speech is slowly transforming from her own brand of diction to standard Midwestern English. As far as I can tell, no came first, then uh-oh, followed by yeah. Beth has also observed from her Julius (the cat) and our long-sought-after Mama and Dada, although it hasn’t been clear that she was using any of those as regular words—until this morning.

Eliana woke up early this morning and shortly thereafter used her newfound signing skills to tell me that she was hungry. I gave her a banana first. When she was about done with that, I got out a loaf of bread and started slicing a piece for her. Eliana pointed to the bread saying, “Daddy! Daddy!” In time it became clear that she wasn’t referring to me, but rather to the bread. I had made the bread the previous Sunday, as I often do when I’m making pizza to bring to church. Ethan has long called it Daddy bread to differentiate it from store-bought bread. And so now with Eliana. Even if she doesn’t have a word yet for the baker, she does for his brand of bread.

An Eliana first: She brushed her teeth.

Eliana loves to mimic people. Talking on the phone is one example. She will hold many types of devices up to her ear while carrying on a baby-talk conversation comprehensible only to her and whomever may be on the other end of the line. Her favorites gadgets (besides the iPhone and conventional phone) are a remote control, calculator, and iPod.

She likes to mimic Ethan, too, which works out particularly well when it’s a virtuous thing that he’s doing, like brushing his teeth. 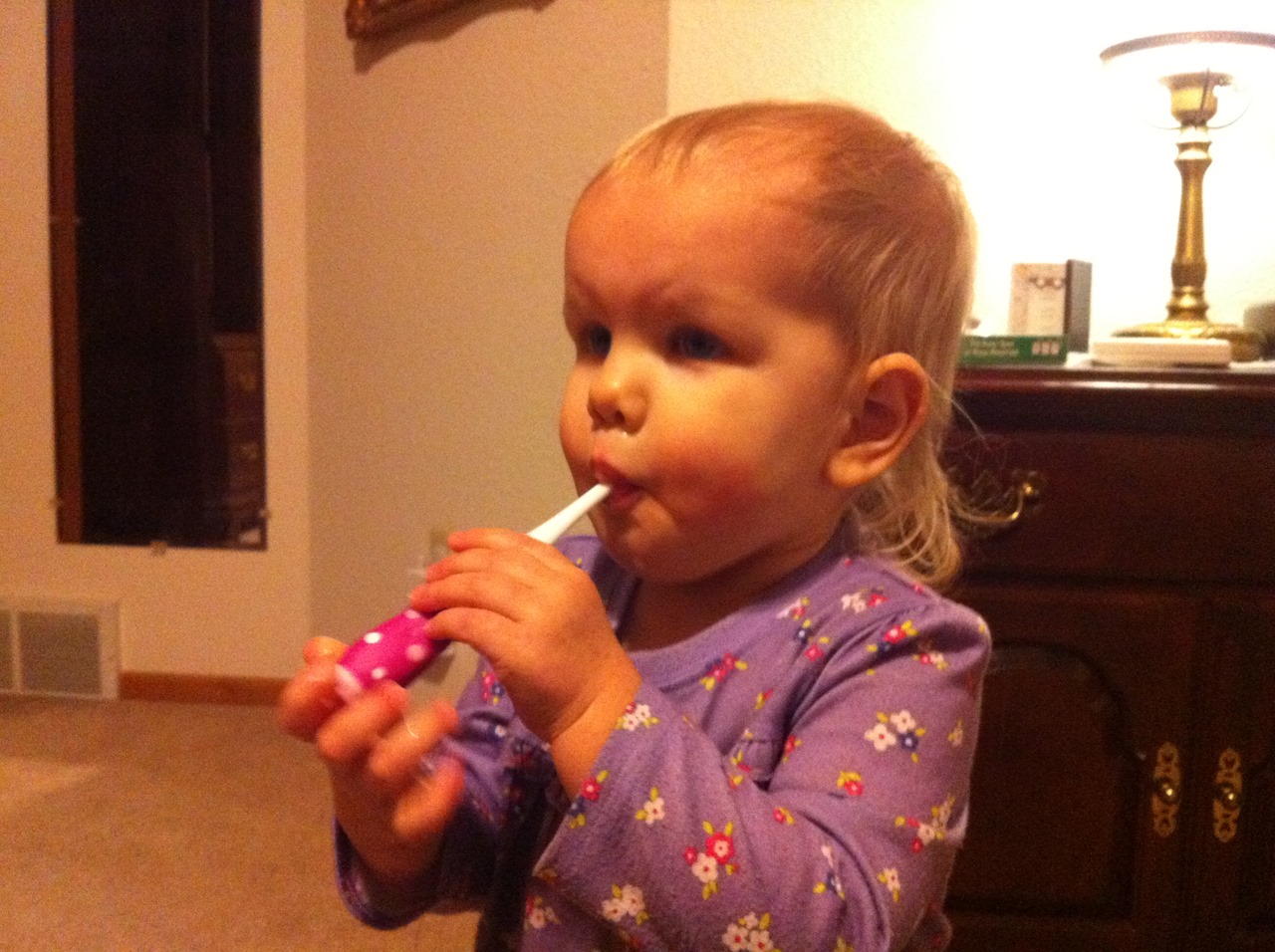 An Eliana first: She asked for a bedtime snack.

Eliana usually goes to bed at night quite easily. After I sing her a song, arrange the animals in her crib, wind her music box, and kiss her good night, she clutches her bunny and lays down still for blankets and a “long winter’s nap”. Tonight, though, she was restless, standing discontentedly back up. I asked her if she was hungry, making the sign for “I’m hungry” with my hand near my mouth.

Eliana had seen this sign many times, but had never expressed it. This time she did, after which she enjoyed a bedtime snack and then went back to the nursery and peacefully to sleep.

Another Ethan first: He confounded his father.

I was experimenting with dock adapters for our radio after Beth bought a case for her iPhone. While it felt like the connection to between the phone and the radio was solid, and even though audio was playing through the radio properly, something wasn’t quite right. The volume would frequently start ramping up unexpectedly. I raced to bring the volume back down, sometimes having to turn the radio off to keep it from blasting. This was most odd, since I didn’t think the iPhone even controlled the volume. If I switched the audio source to FM radio, so that the iPhone should have no effect, the problem persisted.

Then I heard a chuckle and discovered the true source of my technical difficulties. 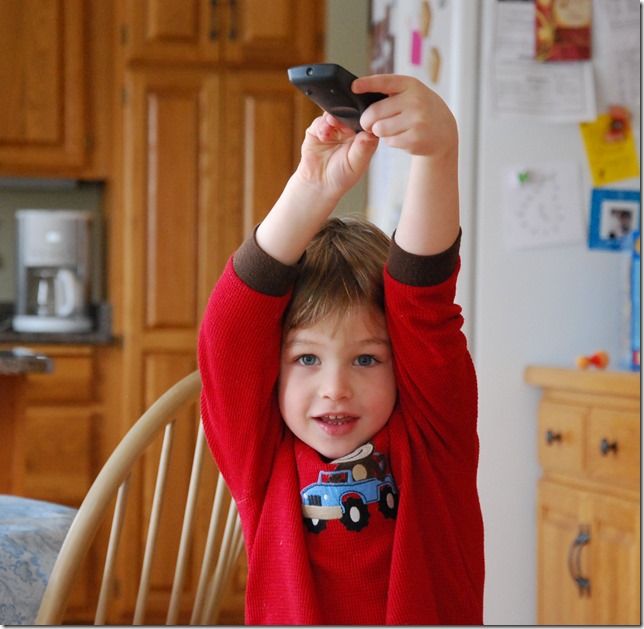 Another Ethan first: He texted.

Just before bedtime story time for Ethan, I texted a friend about when he’d be over for game night. Ethan, hoping that he could bring some treats over, told me that he had a message for him, too. I typed the beginning of the message into my iPhone. Ethan typed in the last word, carefully sounding out each letter. Then he added the question mark and touched Send.

“Mr Joe, can you bring some tret?”