Another Ethan first: He shot an arrow. 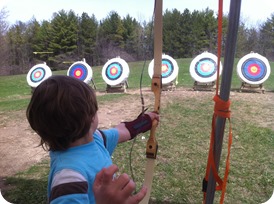 The camp staff was willing to let anyone who was strong enough to draw a bow shoot at their targets, regardless of age. Ethan was more than excited to try. He’d been asking me about shooting with a bow and arrow for a year. I’d told him he probably wouldn’t be ready until he was about eight years old. He proved me wrong. Not only could he draw; he hit the target about half the time. Among all the camp activities, including horseback riding and boating, archery was easily his favorite. 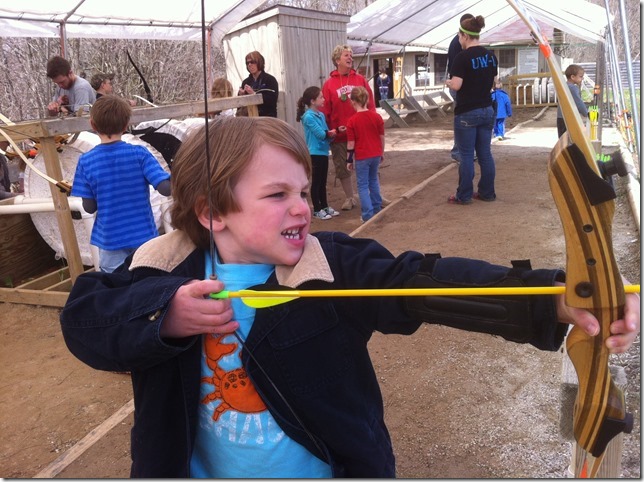