Another Ethan first: He marched in the infantry. 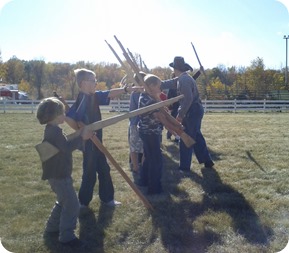 The highlight for Ethan of visiting a Civil War reenactment wasn’t watching Stonewall Jackson take the Wisconsin second regiment by surprise (although the cannons did impress him, and he was convinced until the very end that the fallen soldiers would never get back up). His hour of excitement and delight was joining with boys much older than him to form an orderly military line, learning to ready, aim and fire his wooden rifle against the enemy positioned behind the fence. The young man serving as captain trained him well. He learned to stay in line with his unit and obey orders, including his favorite: “Charge!” 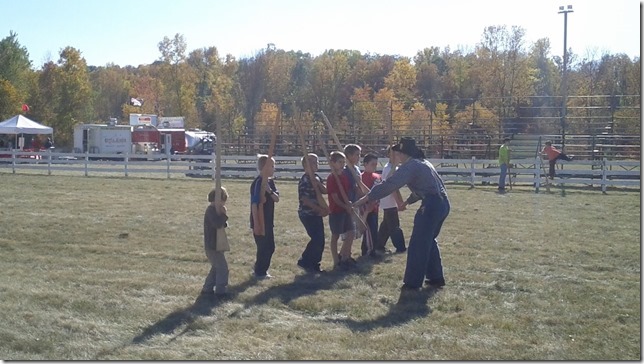 Miraculously, after all the fighting, Ethan reported shooting many enemy soldiers while testifying that he himself was never shot once.