Another Ethan first: He rode his tricycle in the snow.

Upon returning home from church and getting out of the car, Ethan spied his tricycle in the garage and asked if he could ride it in the snow. There’s nothing like first-hand experience for learning, right? So I said he could try. Undaunted by my prediction of how things might go, he rode his tricycle to the edge of the driveway, to the foot of the tallest snow bank.

Ethan pushed his tricycle up the bank and climbed on. He quickly realized he couldn’t pedal, but he could stand up and drag himself forward with his feet. “Daddy, it works!” Ethan trudged on, making a loop in the side yard. He tipped over once, but was resilient all the way through. After about half way, what began with initial exuberance had transformed into a more realistic outlook. “Ethan ride tricycle in summer.” Still, he never lost his joy.

Ethan seemed to like that he was by himself in the deep snow. I was standing on the driveway in dress shoes with every intention of staying there. On his way back, Ethan finally asked for help a few feet from the driveway. I told him I thought he could make it by himself. His eyes lit up, and he pushed his way forward with bubbling excitement as he cross his finish line back to solid ground. 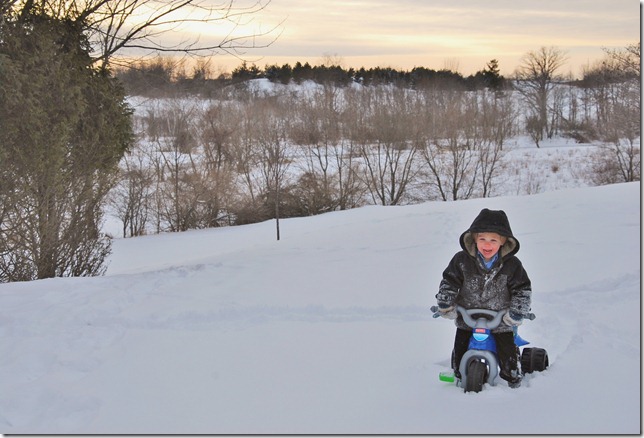 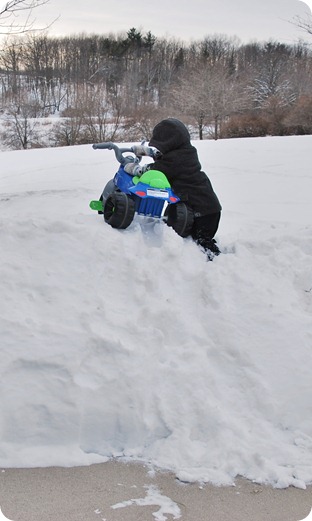 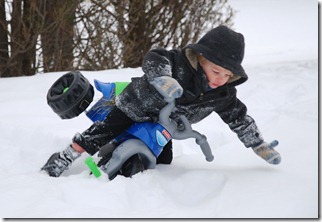 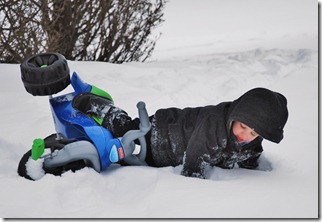 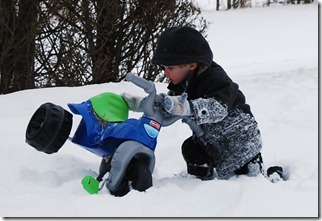